In an effort to connect more directly with New Heartland consumers, we suggested adding a relatively unknown country artist to the mix: Taylor Swift.

Suffice it to say things worked out for everyone.

Since then, Pepsi has continued to count on NHG to deliver voices that speak to the New Heartland consumer.

When the brand assembled a roster of popular celebrities for their Iconic Summer platform, NHG recognized something was missing. So, we crafted a partnership with country superstar Blake Shelton that included activation and fan engagement through digital platforms and in-person appearances.

This relationship has blossomed to encompass multiple campaigns over the years, and has even evolved into a long-standing sponsorship of the Country Music Associations’ wildly popular CMA Fest. 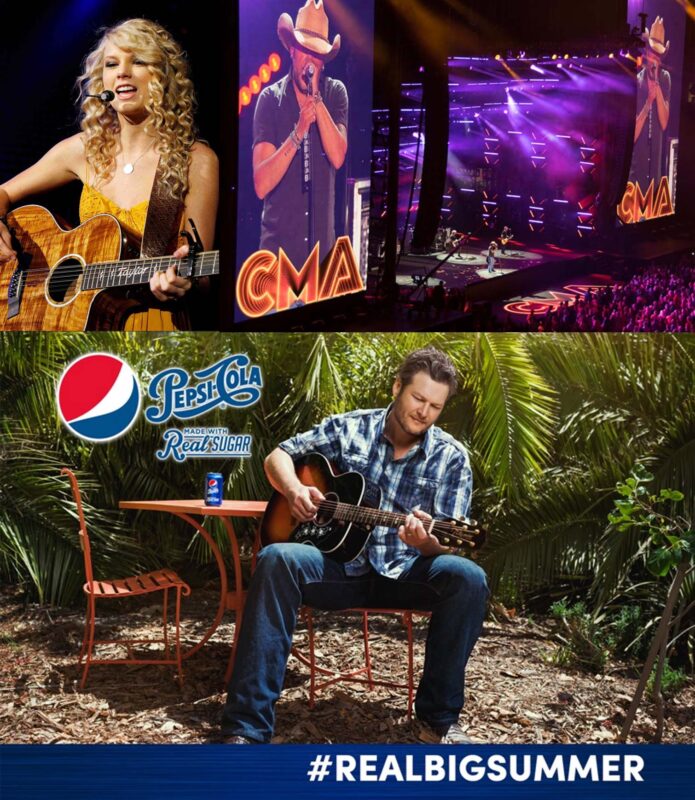