With more top 40 hits and more songs on the Billboard chart than any country artist in history, few singer songwriters could boast a legacy like George Jones.

His namesake 46,000 sq. foot, four-story entertainment complex located on historic 2nd Avenue in Downtown Nashville was a testament to this legacy. With a smokehouse, rooftop bar, live music stages, and iconic museum, it gave visitors the entire Music City experience all in one place.

Yet in a crowded market where a new celebrity honky-tonk seems to open on a weekly basis, the challenge became how to reinvigorate his core fan base while also educating and engaging the next generation.

NHG was retained as the Agency of Record by the venue’s new ownership team in 2016 and tasked with a complete rebrand; including naming, iconography, website, and tagline. Under the new banner “Nashville Happens Here,” we drove all marketing efforts – from brand development and strategy, to content creation, social media, paid digital and traditional media, PR, influencer marketing, as well as merchandise design and production, eCommerce, and SEO.

The results saw the venue retake its proper place as a “gotta go” destination – with a first year revenue gain of 12%, and a second year increase of 23% over year one.

Through One Bullet Entertainment, we also oversaw licensing of George Jones’ name, image, likeness, and the management of all streaming and online consumption platforms – including expansion of the brand into licensed products such as George Jones BBQ Sauces, cowboy hats, and apparel lines. 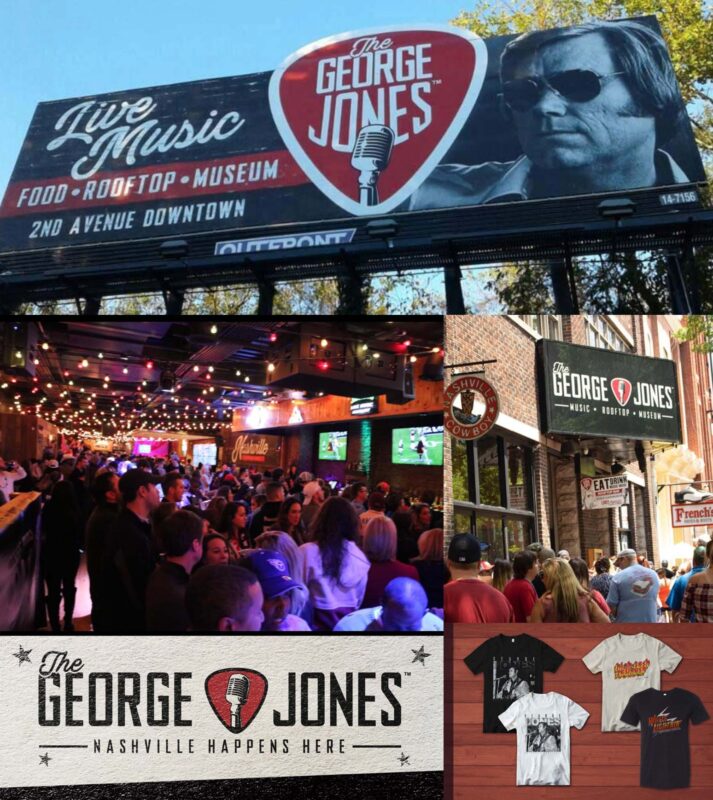